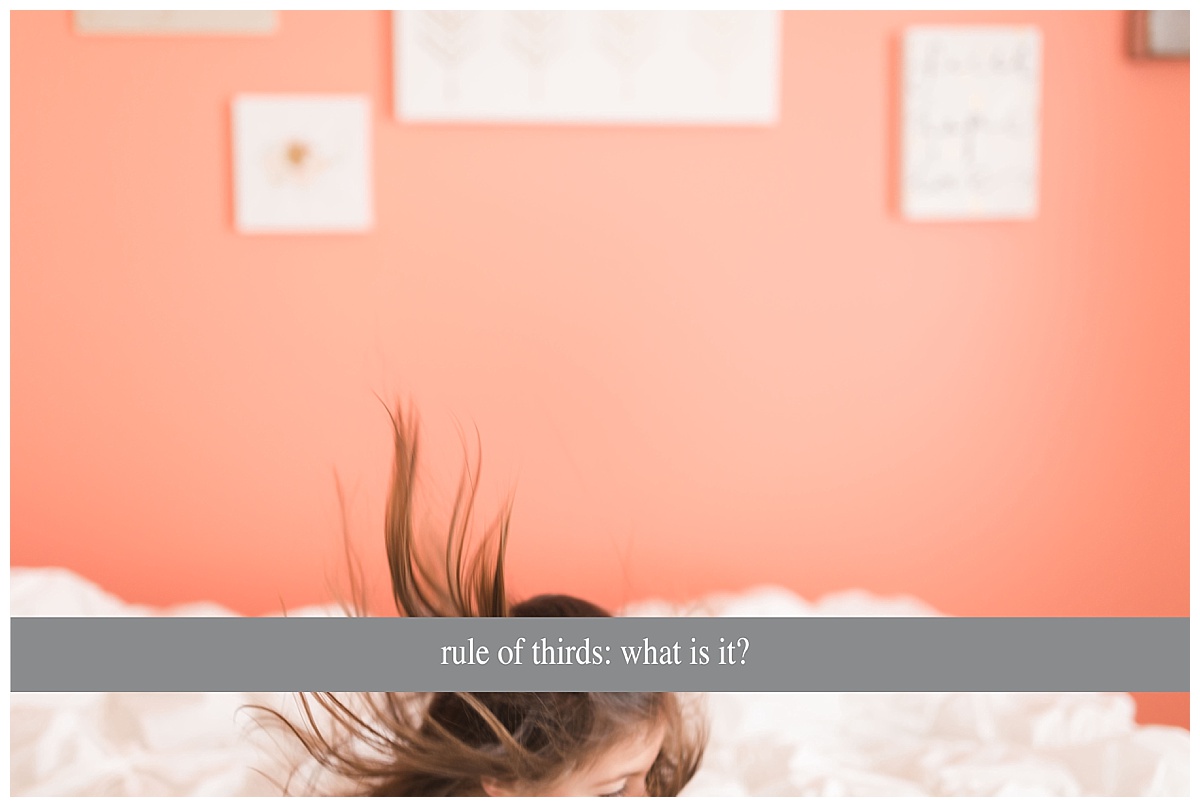 if you’ve read any books about photography or studied any photographer’s work, or merely overheard two photographers chatting to each other, you’ve likely heard the term ‘rule of thirds.’ the rule of thirds is something that i use frequently in my photo composition and it is one of the easiest tricks to add a pinch of visual appeal to your images. in fact, launch your mobile phone camera right now. do you see a grid? if you do, you’ve already been exposed to the rule of thirds!

the rule of thirds applies when you place an imaginary grid on your images that splits your photo into nine equal parts-three rows + three columns. the idea is to place your subject into one of the nine squares that isn’t the center. to take it a step further, you can compose your image to ‘follow’ one of the grid lines. it’s a clean, easy way to add a dramatic element to your images.

in the image below, you’ll notice that my daughter is placed primarily in the top left square of my grid. this is visually appealing because of the negative space surrounding her due to her being placed to the far left of the photo vs smack dab in the center. 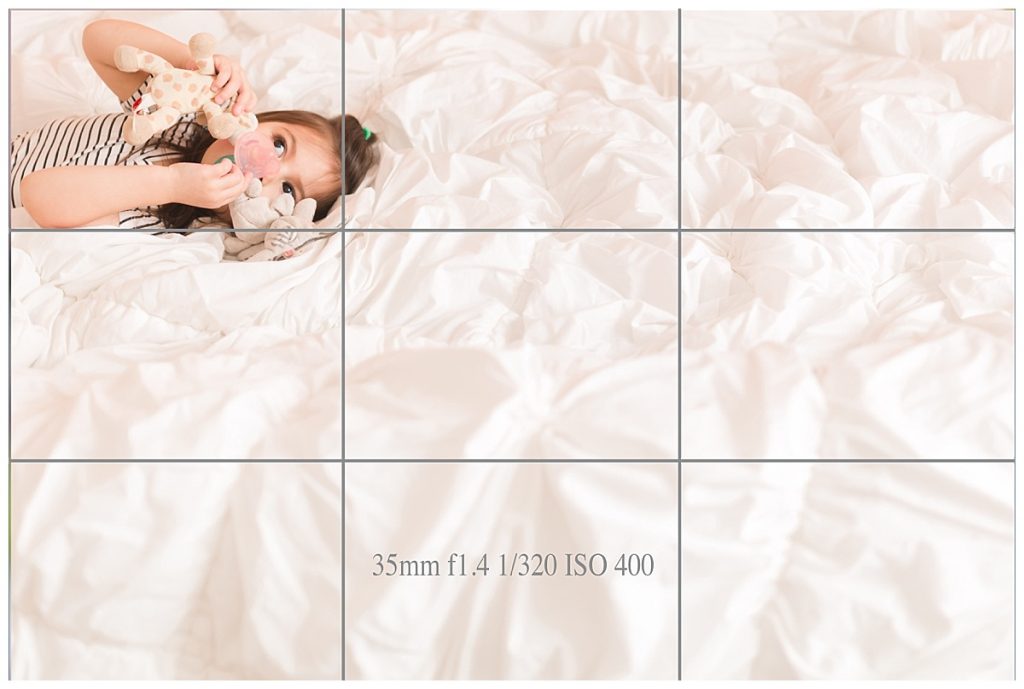 when you see this image, you’re probably thinking ‘you just told us not to center our subject to exercise the rule of thirds.’ however, please take note of the flower’s limb. it begins on the right center square of my grid and follows the second horizontal line so even though the ‘subject’ is in the center of the image, the image appears a bit more dramatic because of the limb following the horizontal grid line. 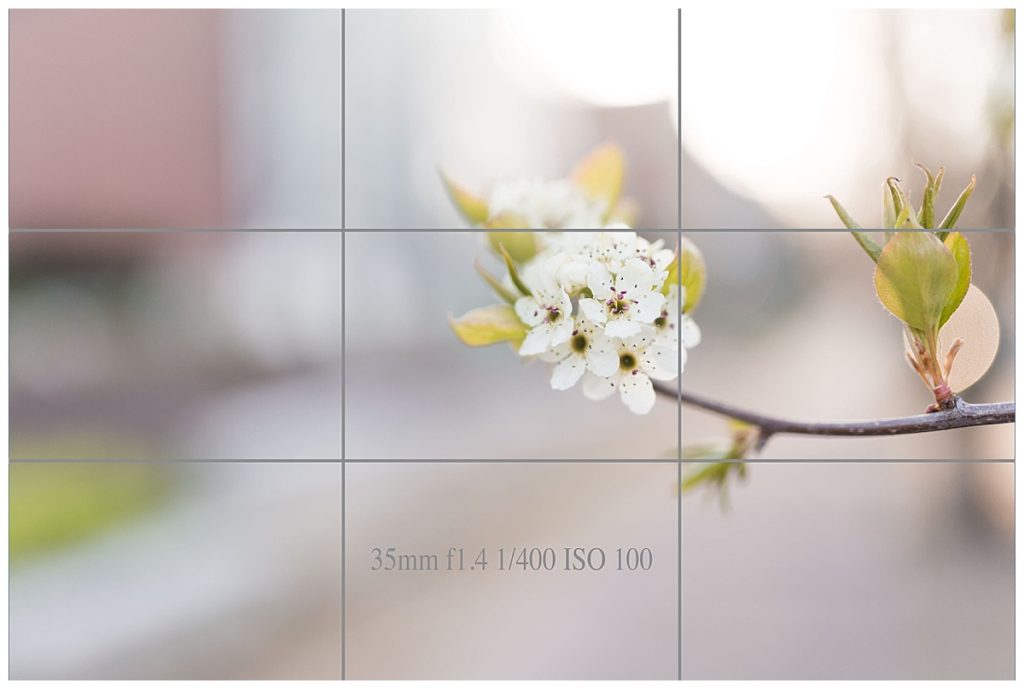 this is one of my favorite images that i’ve recently taken exercising the rule of thirds. with my daughter jumping on the bed, i composed the photo to focus primarily on her hair while leaving a lot of negative space above her. the photo wouldn’t be half as interesting if she were centered in the frame. 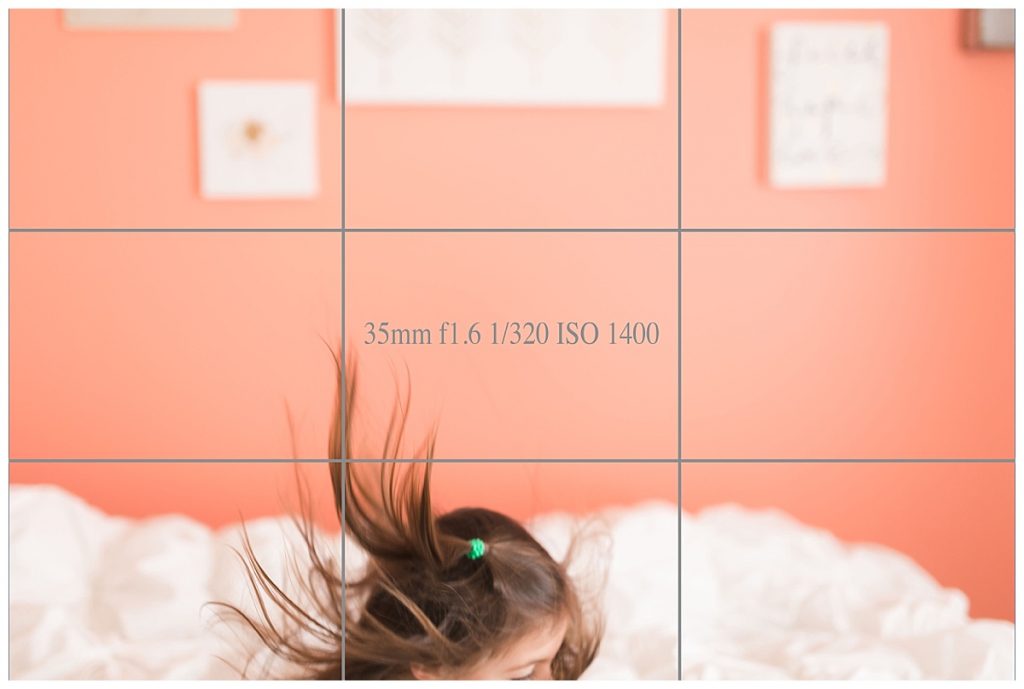 the rule of thirds is such a fun element to bring to your photography. you can simply visualize the grid yourself, or find one via a quick google search and put it over your images to see where your subject is in regard to the grid. the rule of thirds is something that you can organically apply while shooting or you can add it during your editing process by adjusting your crop. either way, this week i challenge you to snap your photo like you typically would, and then take the same photo while applying the rule of thirds technique. see if you can feel the difference between the two images and brainstorm a few instances where the rule of thirds could be used to add a more dramatic flair. don’t forget to post your images to social media using the hashtag #ClubClickPic! i can’t wait to see your images.