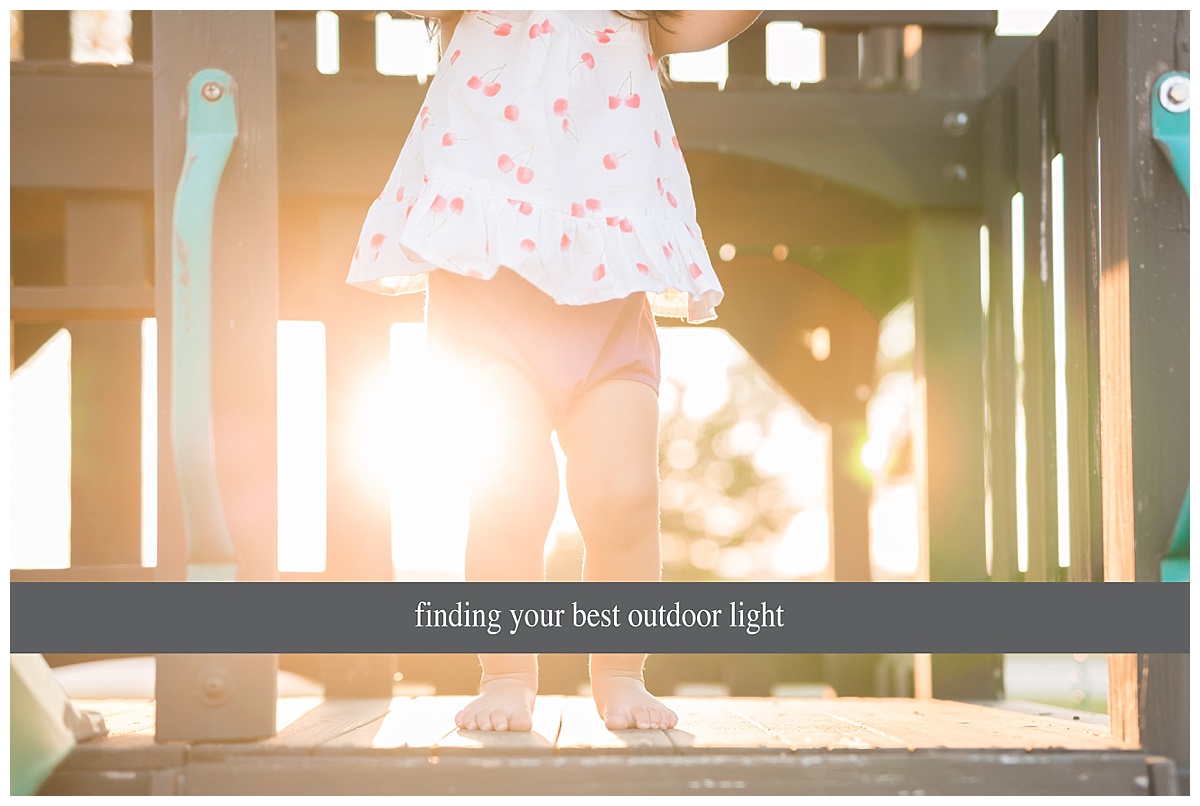 thus far, we’ve chatted mostly about snapping photos inside but with the spring + summer months ahead of us, let’s get to chatting about finding the best outdoor light! assuming we’re shooting on one of those warm, sunny days, we’re likely going to find two different types of outdoor light: direct light + back light.

direct light: direct light can best be described as harsh. essentially, it’s when your subject is standing in direct sunlight. direct light is tricky to photograph because of its harshness. it’s easy to snap photos in direct light + capture dark under eye shadows..or lots of shadows in general. however, this doesn’t necessarily make it bad. it just means we need to be aware of it. i would, however, suggest avoiding any type of ‘formal’ photo in direct light, as the harsh shadows won’t flatter your subject. instead, try embracing the light with a more candid approach. both photos below were taken in my backyard in direct light. in the first image with the sprinkler, you’ll notice the harsh shadows cast by the trees on the back of my house. if harper were facing me, she’d 1. be staring straight into the sun and 2. her eyes would be shadows–both of which we’d like to avoid. therefore, having her playing in the sprinkler allows me to still snap a fun, summery photo while embracing the direct afternoon light. in the second image, i was simply chasing her around our backyard. you can actually see the direct light hitting her hair as it blows behind her. had that light been hitting her in the face, the light on her face would’ve been harsh and unflattering, but catching it on the back of her head adds a bit of warmth + whimsy to the image. 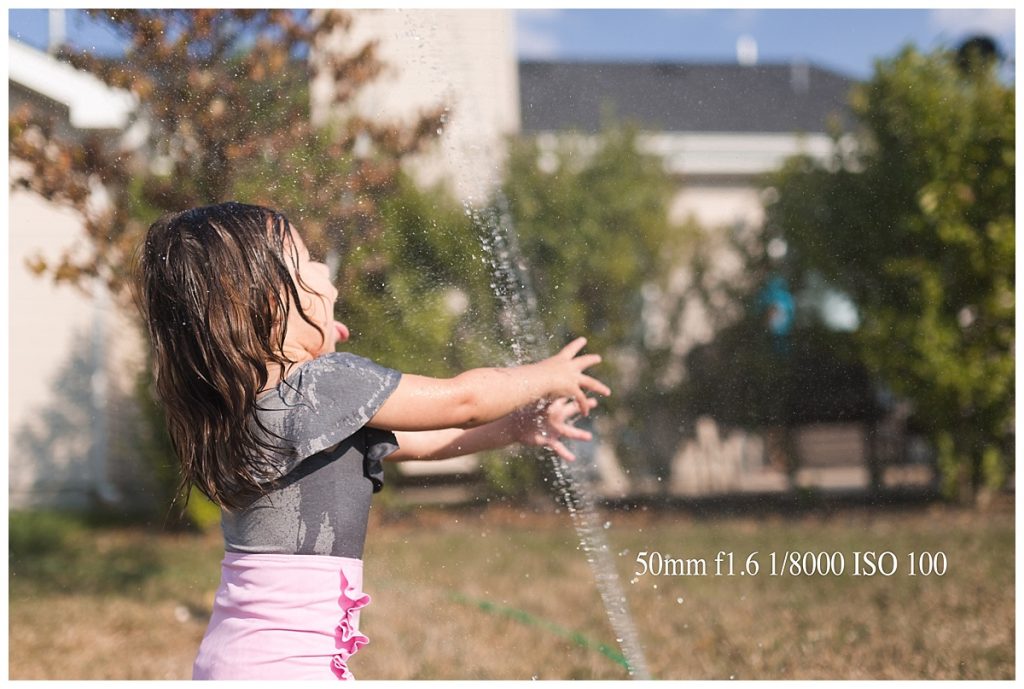 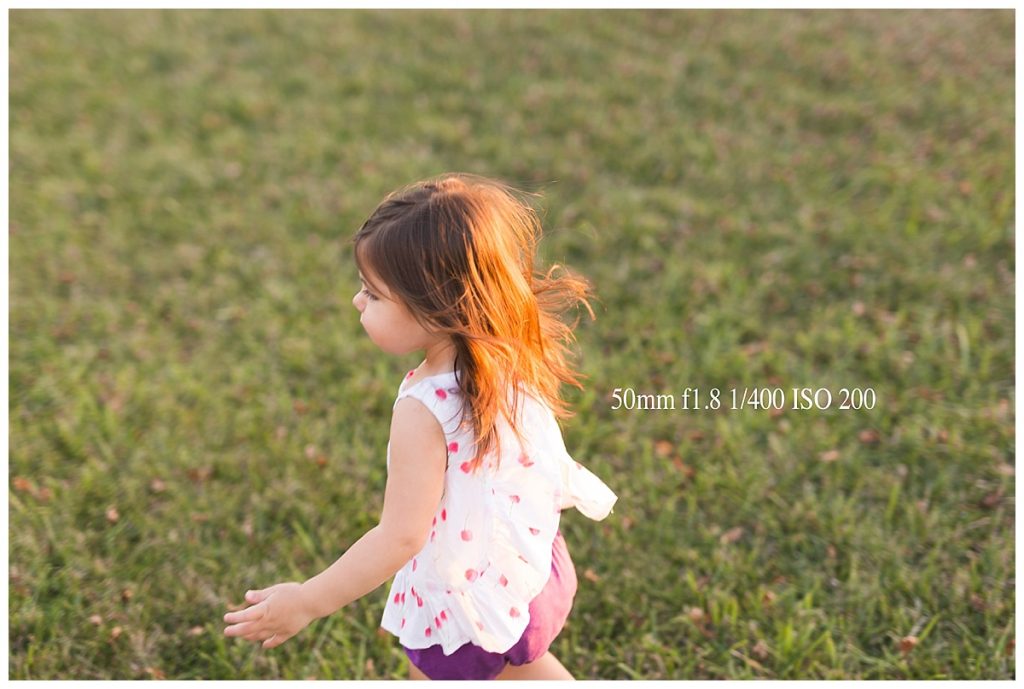 back light: this is my personal favorite type of light to photograph. in fact, when i am mentoring fellow photographers this kind of light is one of the first things i tell about them when we chat about outdoor light. as its name suggests, back light is placing our subject in front of the light so that the light is illuminating them from behind. some photographers also refer to this as ‘shooting in the shadows’ which essentially means that you’re placing your subject in a shadow. by placing your subject in front of the light, or, in a shadow, you’ll find that the light will be much softer-far less harsh than the direct light we discussed above. this is generally more flattering for portraits because your chances for casting harsh shadows is eliminated. to find this light all you need to do is locate the sun and then place your subject in front of it-in the shadow. in the morning hours this will likely mean that your subject will face the west and in the afternoon and evening hours this will likely mean that your subject will face the east. below you’ll see two images that, again, i took in my backyard. in the first image of my daughter on the swingset, you’ll notice that she’s in the same outfit that she was in during the second direct light image. the photos were taken on the same evening but the first was in direct light, and this one as taken with back light. i simply moved her from the open grass in our backyard (direct light) to the swingset with her facing the east directly in front of the sun. i prefer this image to the one i took of her in direct light because of the warm and softness that oozes from this photo. in the final image, you’ll notice that my daughter is wearing her swimming suit so you’re correct if you guessed that the photo was taken on the same day of the sprinkler image. while i really love the images that i captured in the direct light with the sprinkler, i also wanted to snap some with back light. again, all i did was move her out of the direct light and into the shadow with the sun behind her. like the first back lit image, the second  is soft and dreamy because it’s more kissed by the sun than standing directly in it. 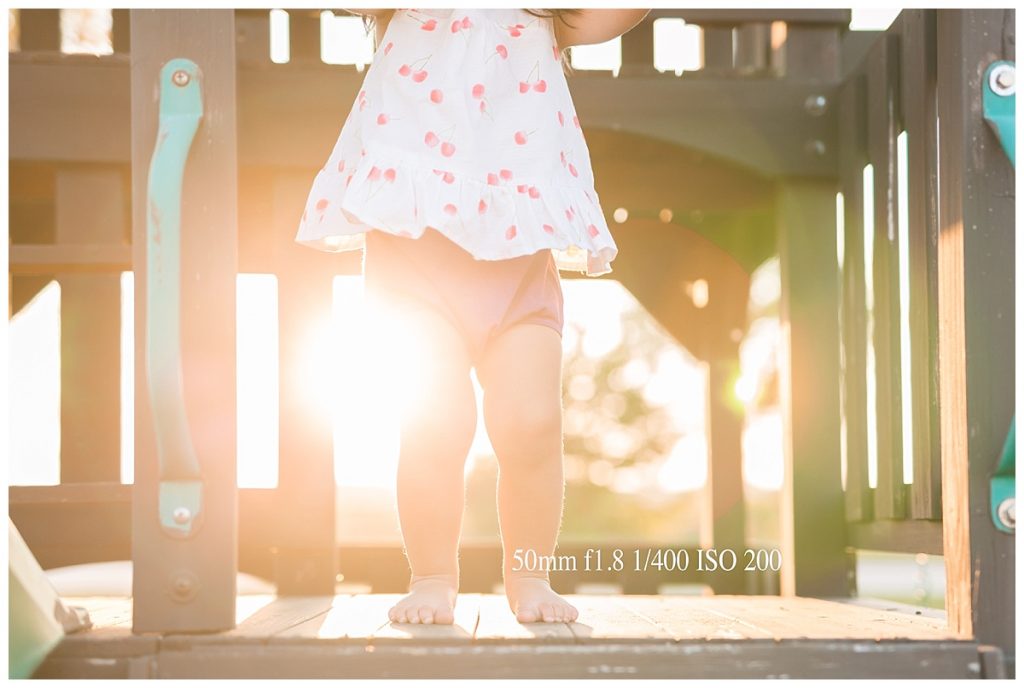 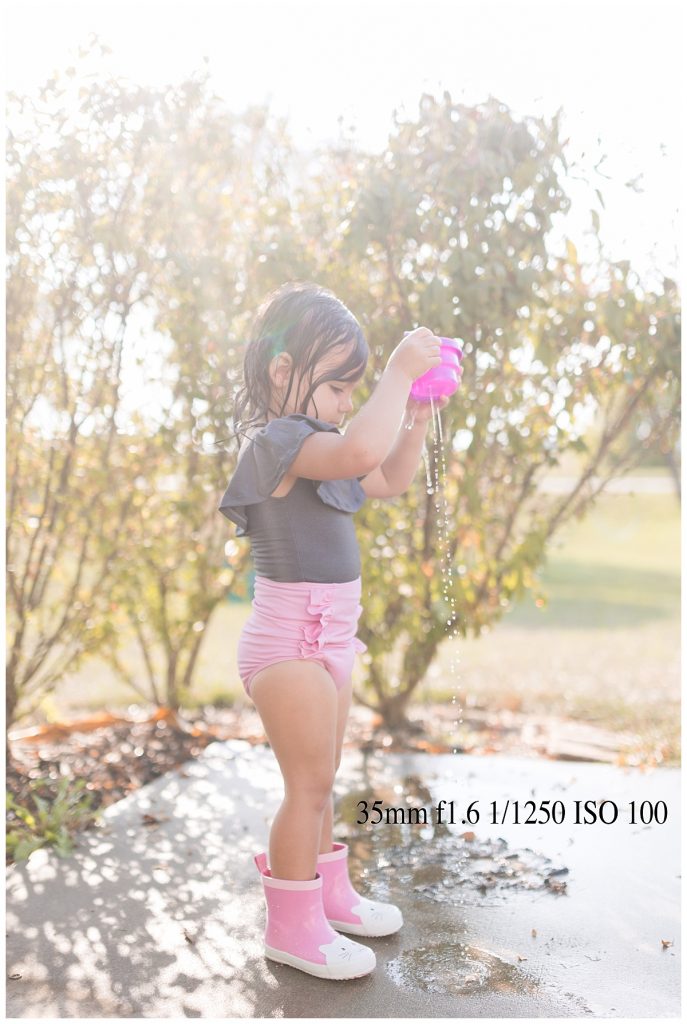 with the spring + summer months upon us, i hope you’re ready to get outside and capture the warmth + whimsy! now that you’re familiar with both direct + back light, you’ll be snapping your best outdoor images yet! this week i challenge you to step outside and study the sun from where you’re standing. take a look at your surroundings and see where the sun is directly hitting objects vs where it’s casting shadows. then grab you camera. experiment photographing things in direct light and then with back light. see which you prefer-you’ll be surprised how different the two types of light will photograph. don’t forget to post your images to social media using the hashtag #CubClickPic! i can’t wait to see your images! have a splendid week, lovelies!